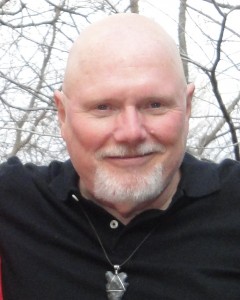 Ewing Eugene Baldwin’s short story, “Watchers,” was published in 10,000 Tons of Black Ink Magazine and nominated for the 2012 Pushcart Prize. His poetry and twenty other stories have been published in the Journal of Literature and Medicine (Johns Hopkins University Press), Shimer Round Table, Black Mountain Review, Salome and other literary and online magazines. Mr. Baldwin has written fifteen plays, including “Going Steady and Other Fables of the Heart,” originally produced Off Broadway. His play “Moonlight Daring Us to Go Insane,” was produced at the Body Politic Theatre in Chicago and regional theatres around the country. “Water Brought Us and Water’s Gonna Take Us Away,” a play about the Underground Railroad in Illinois, was commissioned by the National Park Service and premiered at Prop Theatre and Columbia College, in Chicago. Mr. Baldwin is one of ten playwrights whose work is in the permanent archive of the Chicago Public Library. He was producer and researcher for “Interviews with The Tuskegee Airmen,” for the U.S Department of the Interior, at Mill Theatre, Elmhurst College. His book, “The Genehouse Chronicles,” is being serialized in this blog. He has been an Artist-in-Residence in the Illinois Arts Council’s Artists-in-Education for over thirty years. Mr. Baldwin’s work in schools was featured on National Public Radio’s “All Things Considered.”